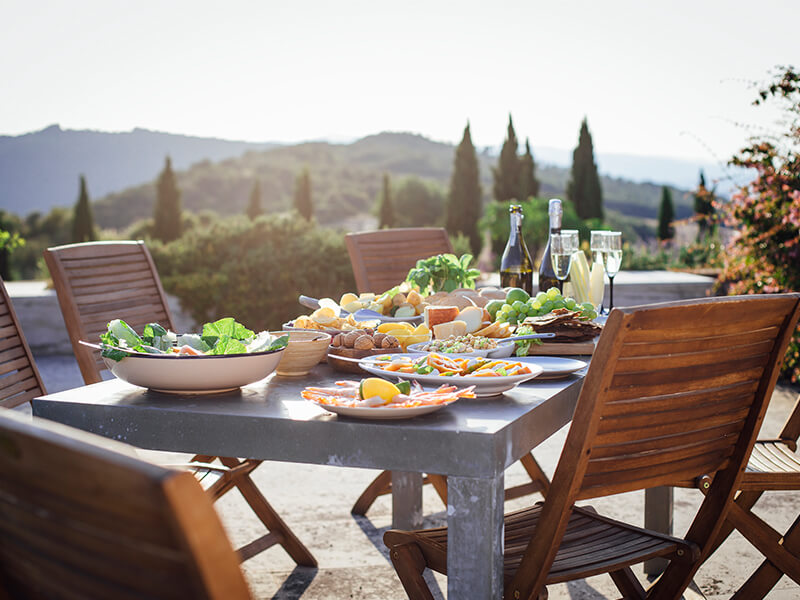 Europe has a myriad of cultures amongst dozens of different countries and with those cultural differences comes plenty of delicious foods. If you are a foodie, then European food is a fantastic area of cuisine to explore. If you are cooking at home and wanting to mix things up or if you are planning a trip to Europe and need some recommendations, then here are some classic European dishes you should try out and their place of origin.

Ireland is known for its ancient castles, beautiful greenery, interesting folklore, and love of potatoes. Colcannon is a traditional Irish dish that you can eat at any time, but would be perfect during a rainy day at the port on a Europe cruise! Colcannon compliments the country’s mountainous regions and rainy weather so well because it is essentially hot mashed potatoes with onions and kale. This delicious combination of ingredients is traditionally mixed up on Halloween night and also is superstitiously told to foretell marriages to come!

Croatia is an up-and-coming destination for tourists. It is well known for its beautifully dark buildings, cliffs, and moody seaside cities. These amazingly beautiful sceneries are well-known recently for being the filming place of a popular Medieval-style television show. The Black Risotto perfectly compliments the feeling of this lovely place with its attention-grabbing beauty. Black Risotto is made up of a typical seafood risotto rice dish but is dyed black using cuttlefish or squid ink from the local waters. It is certainly as unique as the country it belongs to.

This list would not be complete with mentioning Italian pizza, specifically, that from the Neapolitan region of the country famous for its carb-laden foods. This pizza is so unique and world-renowned that entire restaurants around the world base their entire menu around the style of pizza that originated here. Neapolitan Pizza is thin-crusted and crisped perfectly on the outside edges due to being baked in a hot, stone pizza oven. Popular toppings include tomatoes, cheese, basil, vegetables, and local meats.

Paella is a famous dish by itself, but you may not have known that this seafood delight originated in Spain. Spain’s famous seafood risotto is so widely known because of its fragrant spices, fresh seafood, perfectly cooked rice, and the gigantic silver pans in which it is traditionally served. This is definitely a dish to share! Paella’s main flavors include the obvious local and fresh seafood items as well as hints of turmeric and saffron with the acidity of tomatoes and fresh citrus.

Germany has a lot of famous dishes, but this one may be the most delicious. Wiener Schnitzels are made across the entire country and held in high regard. It is traditionally made with a meat cutlet that is pounded down pretty thinly, then is breaded and seasoned, and then fried in a pan. It is served with a slice of lemon to squeeze and some fresh green herbs. This classic meat dish does a good job of representing its mother country.

Ukraine is known for its hearty dishes that get people through the harsh winters. Borscht is no different. This hot beet soup is great for iron levels and warming up in the dead cold of those Eastern European winters. It is made with beets, bone broth, red wine vinegar, and delicious spices.

Poland’s pierogies are super famous and delicious. They are essentially meat-filled dumplings made out of potato dough. It is hard to get more Polish than meat and potatoes! Sour cream is a popular dipping sauce for this already delicious and hearty food.

Yes, France is famous for its pastries, but it is also famous for the deliciously simple dish known as Steak Frites. This dish is composed of simple ingredients that are sourced from the highest quality materials and cooked just right in the French way to create this decadent meal. The dish itself is steak cooked in butter and usually covered with a cream-based sauce, french fries, and salad greens on the side. It is a savory French must-have. 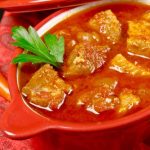 Authentic Hungarian Goulash: A Delicate Balance of Flavors and Textures 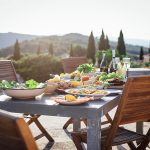 The Best European Foods You Need To Try 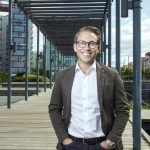 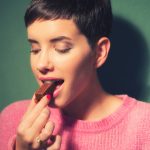 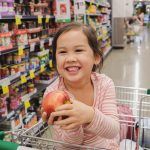