It’s hard to find a herb that tastes and smells nicer than basil. It’s fresh and delicious. The name basil comes from the Greek basilica and the Latin basilica which both means royal.

The scent has been described as a mixture of musk and carnation but is difficult to describe in words. The aroma comes from a volatile oil containing, for example, linalool (floral taste), estragole (found in tarragon) and eugenol (also in cloves), an exciting combination that has made the herb popular in many countries.

Basil has been considered sacred in many cultures and often associated with religion and magic. Hindus reverence the herb and it has also been found in the tombs of the pyramids. It is said that basil grew around Jesus’ tomb after his resurrection and the herb is included in the rituals of the Greek Orthodox Church. The basil was also considered magical by the Romans who spread it to the rest of Europe.

Basil is used and grown today all over the world but is growing wild in Africa, Asia, and South America. The fact that it likes a warmer climate is very evident. Basil loves heat and sun to grow. The plant can be planted outdoors. A good alternative is to let it grow in a larger pot which makes it easier to protect the plant from cold and blown. The basil is sensitive to low temperatures and should be taken in if it is below 12 degrees as it stops growing then. Make sure to fertilize the plant or cover with grass clippings if you want lush foliage all summer long.

In the fall, the basil ceases to grow. You can also take in the plant or take shots from the one that you get roots and then plant indoors.

Interest in basil is growing around the world and reports have shown that seed companies have increased their supply. Today you can find varieties that taste anise, lemon or cinnamon, small-leaved and large-leaved, green, and reddish.

Basil should preferably be used fresh and to prevent the aroma from disappearing, it should be added right at the end of cooking. It fits perfectly well with tomatoes and garlic, in salads, soups, and stews. It can also be used as a tea and to flavor vinegar.

If you want to save basil for the winter, the fresh leaves can be frozen. You can also put them with oil in a jar. Drying the spice is another option, but most of the aromatic flavor then disappears.

Medically, basil has been used as anticonvulsant and appetite enhancing agents. It is also said to be able to help with nausea and urinary tract disorders.

How to make Pesto

If you have managed to get a lot of basil, please do your own pesto. The sauce never tastes as good as it is made from its own fresh spices.

Growing basil is both fun and economical. A bag with basil seeds does not cost much more than a single plant in the grocery store. The basil leaves are excellent for cutting off directly from the plant and stuffing them into a plastic bag in the freezer, just as they are.

Since the basil plants are stimulated by harvesting leaves continuously, you can cut single leaves or whole top bush cakes. You can also cut off large branches and allow smaller branches to branch. Keep in mind that basil does not feel good about drying or being in the kitchen as both color and aroma are diminished. Then it is significantly better to freeze the leaves as they are and pick up the lovely greenery right out of the freezer when you need good and tasty basil.

When all leaves are frozen, remove the plastic bag from the freezer and squeeze the contents tightly between the hands so that all leaves are crushed. You can also put the bag on the kitchen counter and squeeze with both hands. Be sure to let out any air before starting so that it does not become a basil bomb where everything goes flying on the kitchen counter. The next time you harvest, just fill the bag and crush the contents when everything is frozen again. 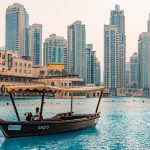 UAE is the Ultimate Foodie Destination in the Region 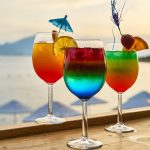 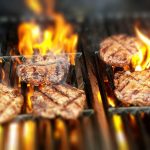