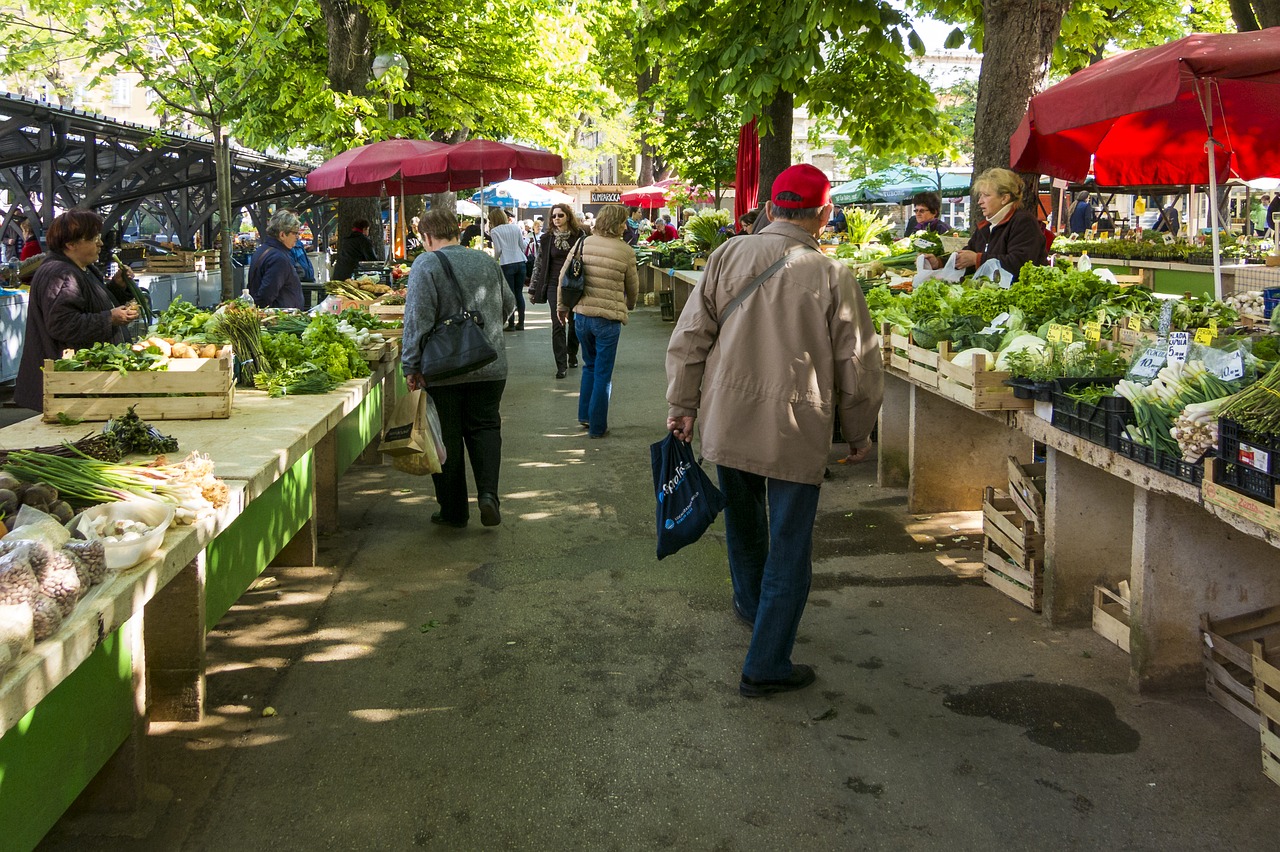 What is food culture?

Food and culture are closely related to each other. The fact is that food can influence culture, but more importantly, culture influences food. Food and culture are not two different things. In fact, food is actually closely integrated into the culture of a country, people, or location.

Before we dig in, let’s sort out what “culture” actually means. As per Wikipedia’s definition, culture is:

“Culture is a word for the ‘way of life’ of groups of people, meaning the way they do things. Different groups may have different cultures. A culture is passed on to the next generation by learning, whereas genetics are passed on by heredity. Culture is seen in people’s writing, religion, music, clothes, cooking and in what they do.”

The term food culture is actually quite wide, and it can be difficult to get a grasp and circle in what the term covers.

Simply explained, food culture involves methods and approaches to make, eat, and serve food. It also contains rituals and philosophies related to eating and its effects on the body. Religious beliefs are often also included -to a greater or lesser degree. Culinary methods and dining habits are part of this great topic as well. Culture can also define the taste of the people. Thus, there are differences that occur in different food cultures. 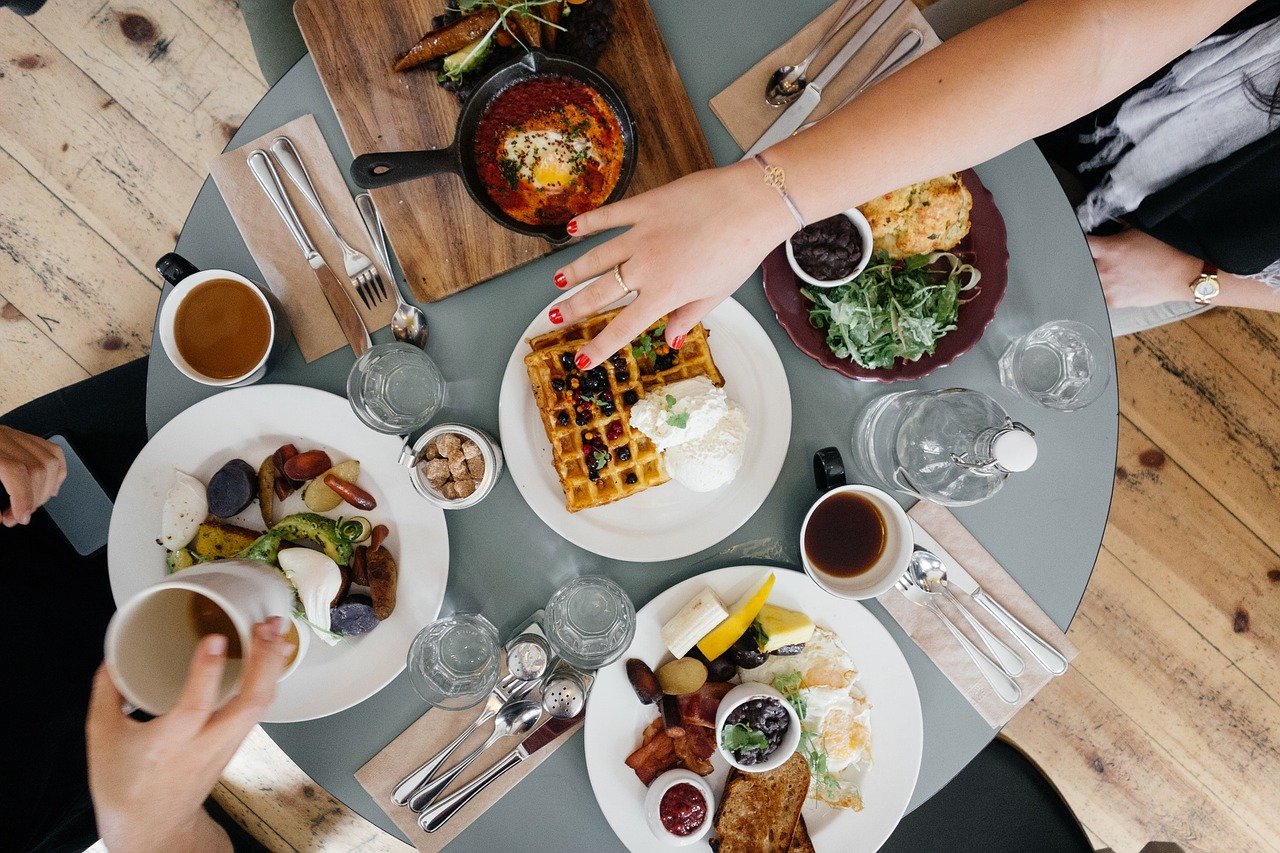 While visiting other countries, it is important to respect their culture and to adopt it. Why? Because whilst in some cultures, the food doesn’t have a big role and is primarily done to survive, in others, it plays a crucial and central role in the people’s way of life. This includes, for example, Italy, which is known to have the culture of making meals a big event that you enjoy for hours and enjoy in a large group – often with friends, family, and relatives. With that said, if you don’t respect the food culture, you actually risk disrespecting the people, history, and their way of life.

The difference in dining habits in cultures

Dining manors and traditions is a big topic in food culture. That said, the traditions of how you eat also comes to play. In some cultures, the dining itself is not extremely important. You may take a hot dog in between meetings, but for others, including the Mediterranean areas,  the “siesta” or lunchtime is a holy time, often stretching for several hours, where people take a long break from work and also eat a long meal together with friends in peace. As you can see, there are obvious and clear differences between different cultures and their traditions and history of food. 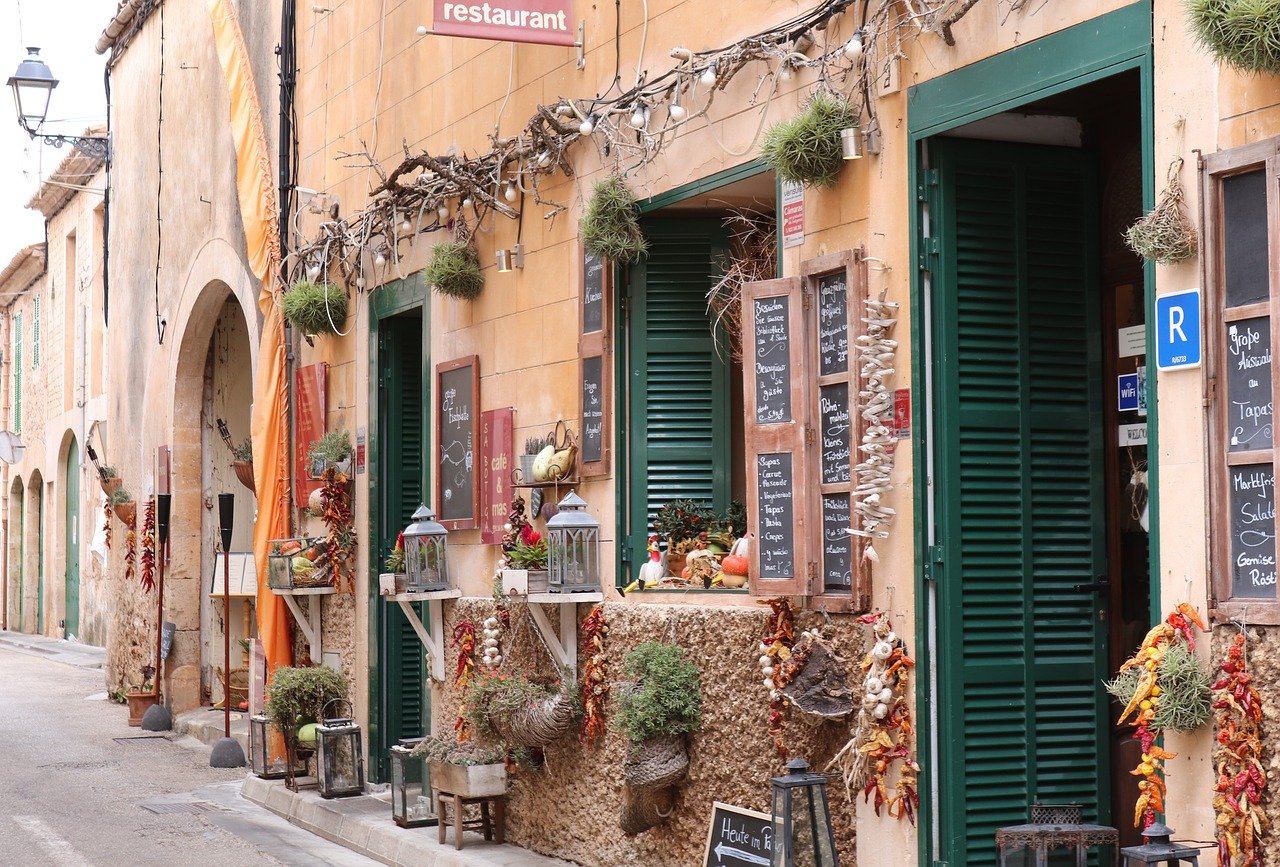 Many people prefer to first offer food to older people sitting at the table. It is their way of showing respect. People at the table are waiting for the head, or leader, of the family to start in most countries. In some cultures, all individuals from the family are allowed to eat on a plate. Accessories and how you eat are also important. Most influencing in this is the way of life in the respective place and country. For example, for people living in the desert, plates, and cutlery may not be accessible, and therefore, they may eat with their hands, with the food on a leaf. Some people eat food just after putting a napkin in their lap.

Most commonly, people eat with fork and knife. But there are also tons of other means of eating food in cultures around the world. In some other cultures, you eat with your fingers and hands. In some cultures, food is eaten without talking, but in others, communication and talking are more important than the food itself. Or, more correctly, the food is used as a way to unite and bring people together. In these food cultures, the food is therefore highly important and one of the key events during the day. 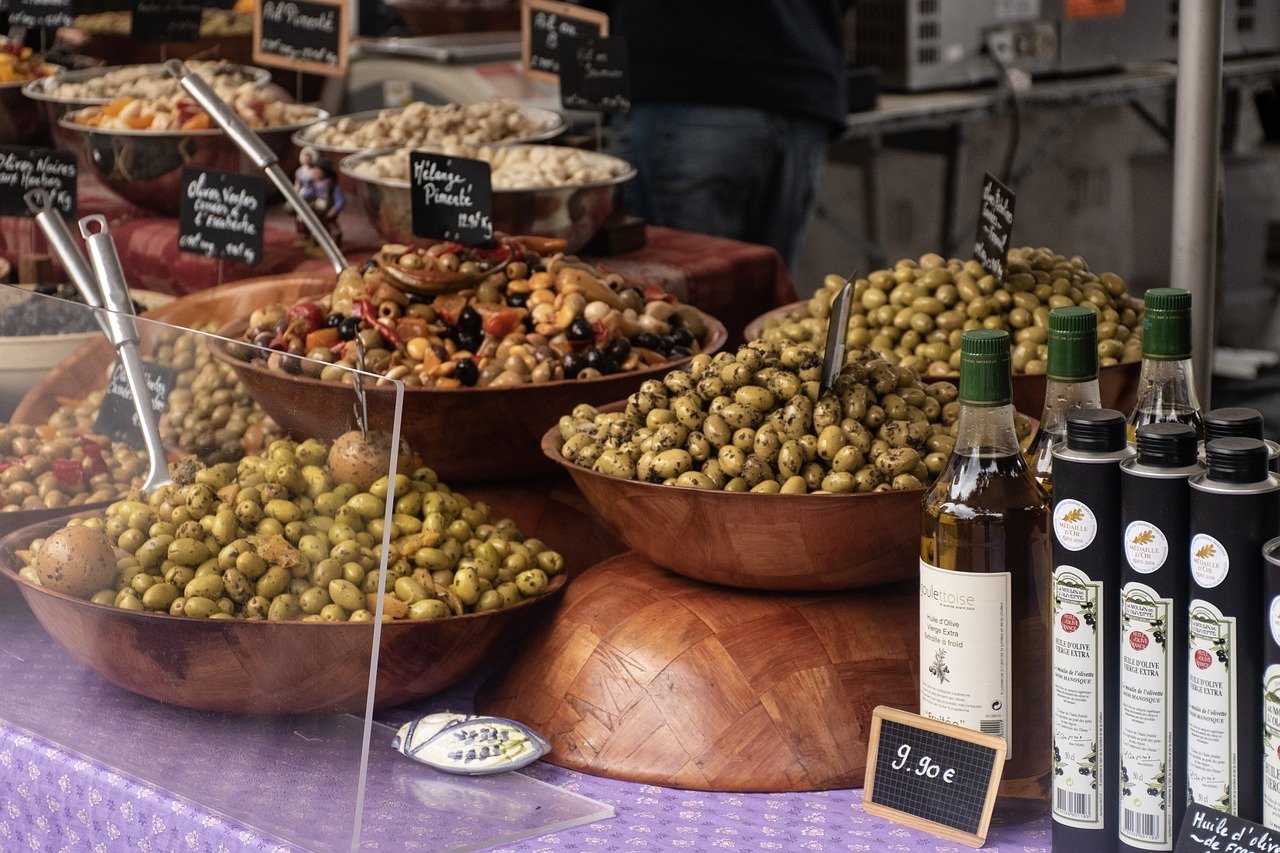 In cultures where you don’t speak during the dining, the concept is that it is seen as a sign of a lack of respect for food. This comes from the religious belief that food is also God’s creation. It goes without saying that this primarily applies to countries where religion plays a crucial role in society – but we want to clarify that the latter does not have to mean the first-mentioned.

Another cultural food tradition is how you finish the food. Some cultures find it very disrespectful to leave the table before everyone ends, and not to mention not finishing the plate. However, for example in many parts of the USA, the portions are often very large which makes it impossible to finish it all, and with that said, not finishing all the food is, therefore, more of a rule than an exception.

The time of which the food is served, and how important the different meals are is also something that tends to vary greatly across cultures. This is often influenced by the temperatures of the country as well as the way of life. The UK, as an example, is famous for its large English breakfasts, which look more like a large lunch meal than breakfast to most people. On the other hand, in countries such as France and Italy, breakfast consists, for many people, of a coffee and a croissant or other type of pastry. Safe to say, the culture of breakfast are extremely different, although both countries are in Europe and not insanely different from each other.

As mentioned earlier, the temperature can also play an important role here. In warm countries, it is not suitable to eat during the middle of the day when it is the warmest. In others, the food is enjoyed right before the warmest time of the day so you can enjoy a nice rest after you have eaten. With that said, in the warmer countries, the dinner is often enjoyed late in the evenings when the temperatures have dropped. It is not uncommon to eat dinner in these cultures until 8,9, or 10 pm. At the same time, cold countries where the temperature doesn’t play an equally crucial role, the dinner will be enjoyed earlier in the afternoon. This said, the temperature often dictates when the different meals are eaten. And to elaborate on this, in places where the focus is a large meal right before the siesta, the breakfast naturally doesn’t become as important.

The difference in food across cultures

The food culture defines the tastes that people develop. In Asian cultures, delicacies such as fish and other animals are enjoyed and appreciated. In other cultures, it is completely unthinkable to consume these animals. This has to do with the tradition of what you eat in the culture, but people also tend to eat and like only a certain type of food due to the tastes they develop from when they are young. People living in China expect soups to contain vinegar and soy sauce. But the Italians prefer bland variety like cream and mushrooms.

Accessible ingredients are often the key factor in the food across cultures. Simple explained you cook food using the ingredients that are at hand to you. In warm countries, you will not eat reindeer or Moose meat simply because these ingredients are not accessible. In the northern countries, however, these meats are commonly eaten. 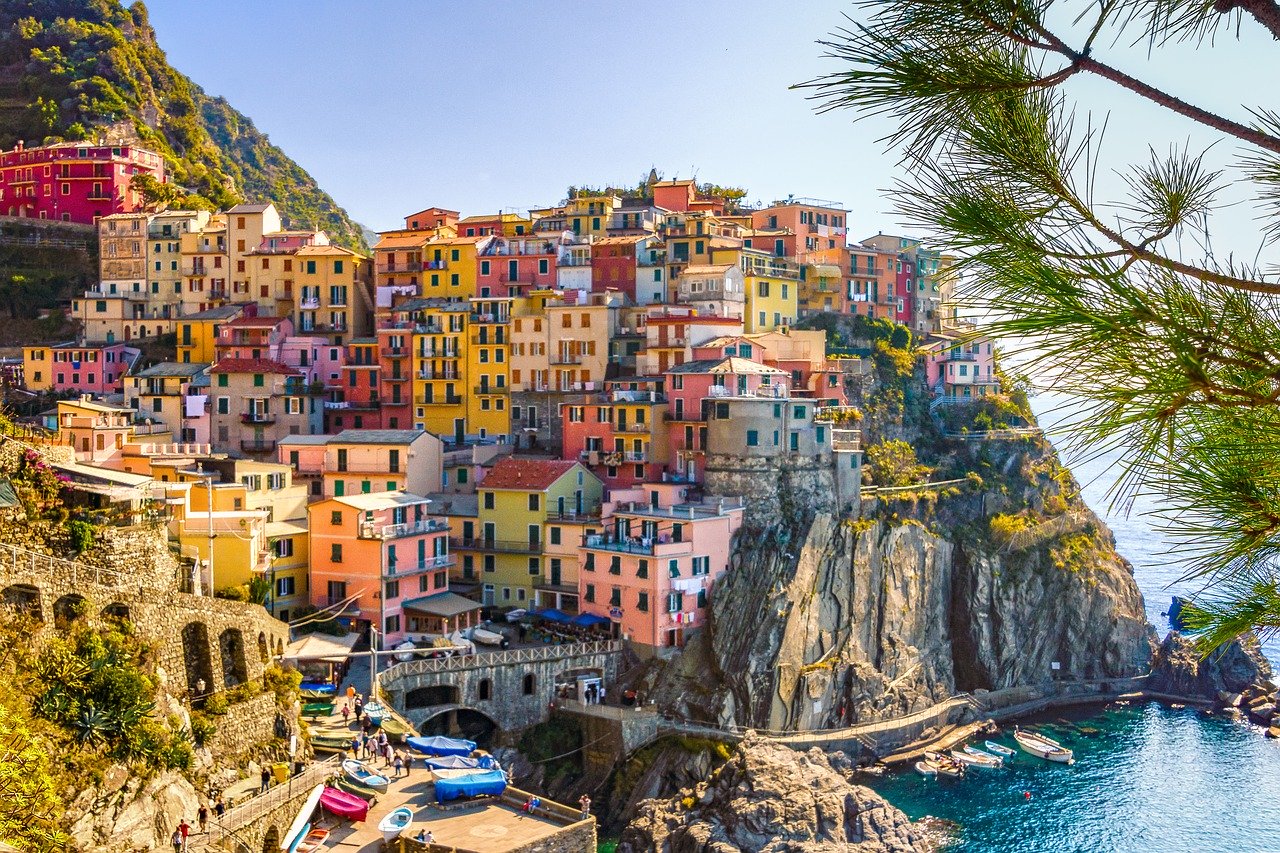 Another factor that comes into play in the food cultures is how you shop for food and how accessible it is. In some cultures, hunting and self-sufficiency is a central part of the way of life. This greatly affects what you eat as it depends on what you farm, what you hunt, or what nature is able to provide. In other cultures, the way to get food is to go to a supermarket and buy any type of ingredients and groceries from all parts of the world. With that said, due to globalization, we have, in recent decades gotten access to a greater selection of ingredients from all around the world. This is something that ultimately will impact the local food cultures in the long term. Equally so immigration to countries where the immigrants bring their food cultures and tradition with them. But changing and influencing a whole food culture is something that happens over a long period of time.

Furthermore, to continue on the topic of temperatures, this also affects what you eat. In warm countries, you want to eat food that cools you down, and ideally try to avoid hot stews. On the contrary, warm food such as stews is often common in cold countries.

There are also desires developed for vegetarian or non-vegetarian food depending on religious beliefs. Some religions worship cows while others kill and eat them.

As you can see, food culture has to do with everything that relates to food and how it is consumed in different places and countries. Food influences culture, but more importantly, the culture and the way of life influences the food.

Most importantly, when you eat abroad and at unfamiliar restaurants, make sure they have a food safety certificate to avoid food poisoning. 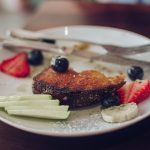 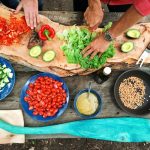 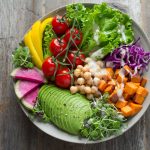 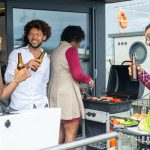 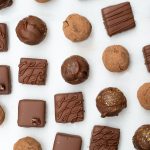