Delicious treats are not restricted to casual games you play on your smartphone only. Aspiring chefs can easily download cooking games from the app store to their phones, but they can also visit popular online casino websites and play top-rated cooking casino slots.

Cooking slots are incredibly popular in iGaming, especially those specializing in sweets and pastries. Try the most popular cooking-themed online slots and get a taste of all the international cuisines available in the online casino industry.

When a company as popular as NetEnt announces a cooking slot that’s a product of collaboration with Gordon Ramsay, you know it’s going to be a hit. Chef Gordon Ramsay, the notoriously grumpy yet fair chef, is the star of this online slot. He worked with NetEnt on delivering this game to the slot playing audience which saw it for the first time in the first half of 2021. If you are a fan of Ramsey’s Hell’s Kitchen cooking show, you will love playing this online slot inspired by the actual show.

The game is a 5-reel wonder with low volatility and 96.07% RTP. What does all this mean? Well, for starters, low volatility paired with an RTP that exceeds 96% is a game that pays out often but small sums. You won’t get rich playing Hell’s Kitchen online slot, but you will certainly have loads of fun. Try Ramsey’s tasty dishes and spin the reels for a chance to win up to 1,000x the stake.

As you might guess from the game title, it’s all about sushi. The video game boasts various elements of Japanese culture, including several Japanese dishes. It is feature-rich, so there’s always something interesting to do in the game. It has a lower payout potential than the NetEnt title, but that doesn’t even matter as the point of the game lies in the cooking fun, rather than payouts.

The third slot on the list belongs to Nolimit City as well. And yes, it’s the sequel to the Sushi Mania! Kitchen Drama BBQ Frenzy is a blast of a video slot – it has amazing visuals, great animations, and an immersive BBQ story. It might remind you of the Sausage Party movie because the items on the grill look so lifelike but it’s much more relaxed than that.

As a homage to the American cuisine and the art of BBQ, Kitchen Drama BBQ Frenzy grills symbols on the grid and turns them into ashes. This allows room for other symbols to drop to the grill and hopefully complete a winning line. The game’s two main features are Wild BBQ Spins and Fiery Chili Spirit Spins. With 20 paylines, 5 reels, and 96.7% RTP, the game pays up to 1,050x the stake.

Play’n GO, the creator of Baker’s Treat, is a real chef when it comes to making slot masterpieces. The Swedish game-maker has been in the game long enough to know exactly what moves the players, and so devising compelling storylines and in-game features comes as an easy task to them. Years after Play’n GO released its debut game, the company remains one of the freshest and greatest companies in the industry.

So it’s not a surprise it has a cooking slot in its arsenal. Baker’s Treat is a delicious treat for all foodies out there – with high volatility, 96.04% RTP and 15 paylines, it brings the highly competitive world of baking straight to the player’s screens. The win potential is by far the greatest on this list: peaking at 5,000x the stake, the game is both profitable and entertaining. Truly a must-try.

After many courses made by Ramsey, Japanese and American chefs, and a few pastries, it’s time for dessert. And trust us on this one, no one does it better than Betsoft. Betsoft launched its Super Sweets online slot in 2020. A sweets factory acts as the game’s setting, where your task is to create sweet combos and pack candy boxes.

The conveyer belt is there to push the candy boxes down to the reels where they’ll be filled with amazing condiments. Try to resist the urge to eat them all! Super Sweets are super sweet thanks to its 10 paylines, 95.03% RTP, and 394.4x win potential. Betsoft made sure to include all the features one might expect in a candy slot.

3 Chocolate Recipes That Are Absolutely NUTS! 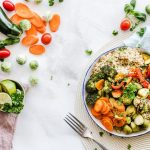 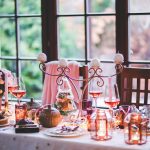 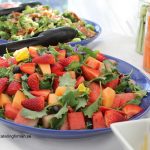